Wishing you a nice laryngitis

Wishing you a nice laryngitis

Yes, you read it well. It’s not that I want you all to feel really sick or to be in a lot of pain. I’m not a sadist, trust me. Bear with me.

I used to be a real chatterbox. I know… the people that know me really well now all think why I wrote “used to be”? But it’s true, it’s not as bad as it used to be.

It was in the first few years of my career, that I started getting colds that really effected my vocal cords. Soar throat, whenever a cold showed up. My voice became my weak spot. At one point it got so bad, that every time I tried to speak, I had to cough really bad. The doctor gave me an assignment that was hard, but in the mean time it changed my life so big, that I now find myself wishing others the same experience.

The doctor told me not to speak, until the coughing stopped completely. It took six weeks.

Over a thousand long, frustrating hours.

Peers told me quite often, they never felt any room for another opinion than mine. Sometimes this annoyed me. Of course I was open to other peoples opinions… As long as they had thought them through as much as I had, we could have a nice and decent discussion… The discussions were rare.

And then I had my doctors assignment.

I remember a team meeting. It wasn’t even in the first week. So fortunately my colleagues were used to me and my notepad by then. But when it came to decision making, it turned out I wrote too slow for the group to “listen” to me. I don’t remember what the discussion was all about, but I can still recall the feeling of not being seen and heard and how frustrated I was.

I believe I left the meeting in tears, in anger. One of my peers caught up with me and we had an interesting chat. That is, she talked. I listened. I don’t remember anymore what she said, but I can still recall the feeling of serenity that fell upon me as I realized that it was okay. That it wasn’t the end of the world that I was not heard, that my opinion was not taken under consideration before the decision was made.

From that moment on, frustration diminished. I learned to use my silence to observe. To watch. To listen, not just with my ears, but with all my senses.

Today, I still have an opinion about a lot of things. But, you know… It’s not so important for me to tell the world what that is. I learned, in those hard six weeks, the meaning of listening. Of really listening. Without talking back. I learned to use my facial expression and my body language to respond to what people tell me. And so often it still strikes me, how powerful that is.

And yes… sometimes I should bite my tong. Still. Or should have bitten… but like I said at the start of this blog. It’s not so bad as it used to be.

Today at daredevils we had a live chat with my modern day hero Olaf Lewitz. I asked Olaf if there was one thing, he wanted the world to learn, what would that be? His answer took me back to those six weeks in my early twenties.

Listen. Which is an anagram of “silent”.

So now… I don’t wish all of you to feel sick or to suffer… But if you could have the experience I had in those six weeks, where speaking was not an option…

That is what I’d want you all to have. 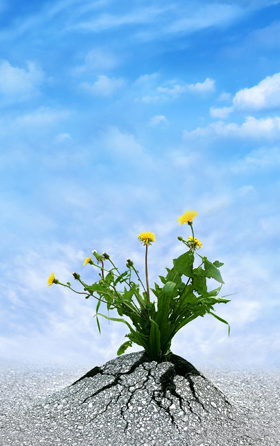